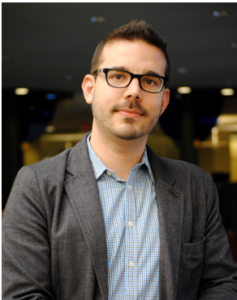 Dr. Bauermeister is the 10th Penn Presidential Professor at the University of Pennsylvania, where he directs the Program on Sexuality, Technology and Action Research (PSTAR) at the School of Nursing and the Technology & HIV Disparities Scientific Working Group for the Penn Center for AIDS Research. Dr. Bauermeister’s research focuses on developing health promotion programs for vulnerable populations using interdisciplinary, technology-assisted approaches. Across over 165 scientific publications, Dr. Bauermeister’s work has focused on HIV/STI prevention and care among high-risk adolescents and young adults, including young gay, bisexual and other men who have sex with men (YGBMSM); perinatally HIV-infected and HIV-affected youth; and racial/ethnic minorities living in urban centers. Given his expertise, Dr. Bauermeister serves in the Editorial Boards of the Journal of Youth & Adolescence, Archives of Sexual Behavior, AIDS and Behavior, Journal of Community Psychology, and American Journal of Community Psychology.

In his current research, Dr. Bauermeister is developing and testing several multilevel interventions to reduce HIV/STI risk and psychosocial vulnerability among sexual and gender minority youth across the United States. Several of these projects include several technology-driven HIV/STI prevention and care interventions for young gay, bisexual and other men who have sex with men.