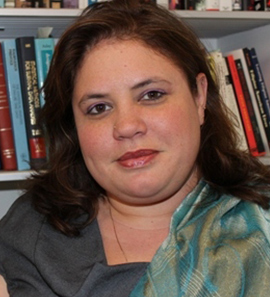 Dr. Danielle C. Ompad is a Clinical Associate Professor at NYU’s College of Global Public Health as well as the Deputy Director of the NYU College of Nursing’s Center for Drug Use and HIV Research and a faculty affiliate of NYU’s Center for Health, Identity, Behavior and Prevention Studies. She is also a Co-Director of CDUHR’s Dissemination and Implementation Core. She is an epidemiologist whose work is focused in the areas of urban health, HIV, illicit drug use, and adult access to vaccines. With respect to illicit drug use, her work has spanned the entire natural history of addiction, from initiation to cessation, with particular attention to risk for infectious diseases such as HIV, Hepatitis B and C, and STIs. She has primarily worked with people who use heroin, crack, cocaine, and/or club drugs. Most recently, she has been examining heroin cessation among current, former, and relapsed heroin users in NYC and harm reduction service utilization among people who inject drugs in Ukraine. A recent NIAID-funded study aims to determine if herpes simplex 1 and 2 infections explain racial disparities in HIV incidence among young gay, bisexual, and other men who have sex with men.