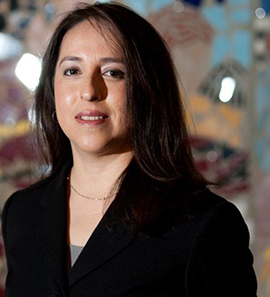 Dr. Alice Cepeda is currently an Associate Professor in the School of Social Work at the University of Southern California. She was previously in the Department of Sociology and associate director of the Center for Drug and Social Policy Research at the University of Houston. She received her doctoral degree from the City University of New York, Graduate Center. Her work has focused on the social epidemiology of drug use and the related health risk behaviors that disproportionately affect urban Mexican-origin minority populations, including violence, HIV/STI infection risks and mental health conditions. Cepeda’s research has also highlighted the unique gendered experiences encountered by females within this cultural context. Her research publications have explored the complex of social determinants, including familial, neighborhood and socio-ecological factors that contribute to drug use and negative social and health outcomes among vulnerable minority populations. Cepeda has been a recipient of several federal National Institutes of Health grants. She is currently principal investigator and co-investigator, respectively, on two National Institute on Drug Abuse-funded studies: one examining the long-term health consequences of adolescent gang membership and one on the emergence and diffusion of crack use in Mexico City. Cepeda has also been a multiple recipient and scholar of the National Center on Minority Health and Health Disparities Loan Repayment Program. She received the 2010 National Award of Excellence in Research by a New Investigator from the National Hispanic Science Network on Drug Abuse based on her outstanding research and publication in the field of Hispanic drug abuse. She was also a recipient of the 2010 Junior Scholar Award presented by the Drinking and Drugs Division of the Society for the Study of Social Problems. Cepeda is currently chair of the Early Career Leadership Committee for the National Hispanic Science Network on Drug Abuse.