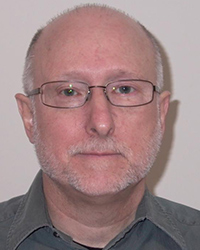 Dr. Alan Neaigus, Ph.D., MCRP, is an Adjunct Associate Professor in the Department of Epidemiology at the Mailman School of Public Health, Columbia University, a Principal Investigator Emeritus at National Development and Research Institutes (NDRI), and an independent Research Consultant. Dr. Neaigus has over 25 years of experience in conducting research on the epidemiology of HIV risk. A major focus of his research has been on examining the relationship of social and risk networks to HIV infection and risk behaviors among drug users and other at-risk populations, and on the factors associated with the initiation and resumption of injection drug use among non-injection drug users. Between 2008 and 2015, he was the Director of HIV Research in the HIV Epidemiology and Field Services Program at the New York City Department of Health and Mental Hygiene (NYC DOHMH). At the NYC DOHMH he was the Principal Investigator for the National HIV Behavioral Surveillance study, which is a study supported by the Centers for Disease Control and Prevention (CDC) on risk behaviors and HIV prevalence among at-risk populations (men who have sex with men, injection drug users, and heterosexuals at greater risk), and for a CDC-supported study of people living with HIV/AIDS who were receiving outpatient medical care for HIV (the Medical Monitoring Project). At NDRI, where he was the Deputy Director of the Institute for International Research on Youth at Risk and a Principal Investigator, he conducted studies supported by the National Institutes of Health on HIV/AIDS and viral hepatitis among drug users in New York City, Newark, NJ, and in other localities. He has also conducted research on the factors associated with the transition to injecting among non-injection drug users, including prospective cohort studies of non-injection heroin users in NYC and of Mexican American non-injection heroin users in San Antonio, Texas. His international research includes a study of HIV and viral hepatitis among young drug injectors in Budapest, Hungary, and a study of HIV and hepatitis C virus risk in injection drug users in Marseilles, France. His other research interests include factors associated with racial/ethnic and other disparities in HIV infection and infection risk, and the influence of the larger social structure on the risk of blood-borne and sexually transmitted infections. Among his future projects is the development of a research agenda on the care and treatment of HIV and viral hepatitis in people with bleeding disorders as well as on the factors associated with pain management and the quality of life in this population.